A CIVILIZATION Indus to Vaigai” by R. Balakrishnan.

This book is epitome of research work vividly takes you to the past and throws light on various facets of Indus valley civilization (IVC).

It was indeed tough task to condense and present few chapters here, which were already pristinely edited and presented. Few lines and diagram were reproduced from the book in order to preserve the essence of original research work.

Preface briefs about Sir John Marshall’s interests, enthusiasm did not miss the opportunity to make a note of a culture that was distinct from anything previously known and the implications of its discovery. Glimpse of ‘Dancing girl’ of Mohenjo-daro was given and this installation metaphorically named “The presence of absence”.

The dream, thoughtful goal came true after 23 years in the year 2007. At same academy ,in the same hall author delivered a talk on the ‘Journey of a civilization’. What an astonishing moment that would been?. This book investigates the connection between twin riddles (i.e) Indus authorship and the Tamil origins. This book aims to place plethora of new evidence about the Dravidian affiliation of the language of the Indus people.

The key to unlock the riddles of the Indus remains within the Indian Sub – Continent.  The key remains embedded in another riddle – the riddle of Dravidian origins (Tamil riddle)

Journey of civilisation: Indus to Vaigai seeks to deal with the past following the footprints of travel through the metaphors of migration, which are validated in varying terms such as archaeology, linguistics, onomastics, literature and corpus of collective memories. In the process , this study seeks to throw convincing lights on the twin issues of Indology namely the “Indus Riddle” and the “Tamil Puzzle”.

Author has gone further to peel off layers of IVC-Dravidian linkages through a closer study of ‘Dravidian Gujarat’ and ‘Dravid¬ian Maharashtra’ in the north and IVC ‘vestiges’ of the Kongu and Nagarathar communities in present-day Tamil Nadu. In particular, his substantial references to IVC-era excavations at Adhichanallur on the banks of the Tamirabarani and later-day works at Keeladi (Keezhadi) on the Vaigai, make the study more relevant. Author has dedicated his work to the late Indus researcher Iravatham Maha¬de¬van, who is acclaimed for his work on the ‘Tamil Brahmi’ script. jbn of a Civilisation is a must-read for students of archaeology and socio-anthropology.

Chapter 1 – Coming to be: Origins of the Human Journey

Valuable information about Linnaean evolutionary tree, early migration of humans along with routes and formation of south Asian population were presented in descriptive diagrams.(As shown below) 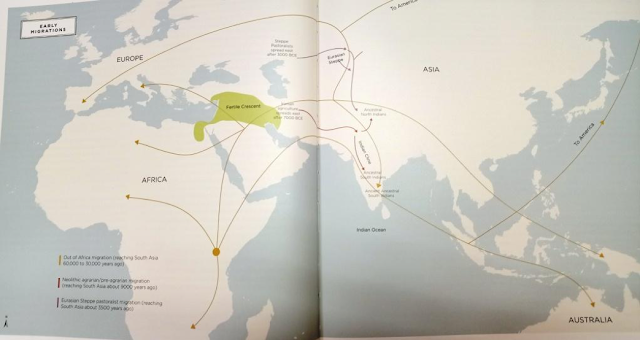 There were also details mentioned about Mitochondrial Eve and Y Chromosomal Adam. Details of DNA analysis and reasons given for the formation of south Asian population were elaborated. The formation of south Asian population in the Indus periphery study are relevant to this book as the author is interested in tracing the journey of the Indus Valley Civilization and its connections to pre historical and contemporary Dravidian speaking people of India .

This book combines genetic evidence with archeological evidence and linguistic evidence which will shed further light on the migratory and linguistic history of India, especially significance of the Dravidian languages in the origin of IVC and subsequent Indian culture.

The three age system (stone age, bronze age, iron age ) has been used as methods to study late prehistory and bring chronological order to the artefacts and events of ancient civilization.

Bronze age saw use of bronze, alloy of copper and tin and metals for technological advantage to civilizations. It also provides significant evidence of art, architecture, culture and early written texts of early civilizations. 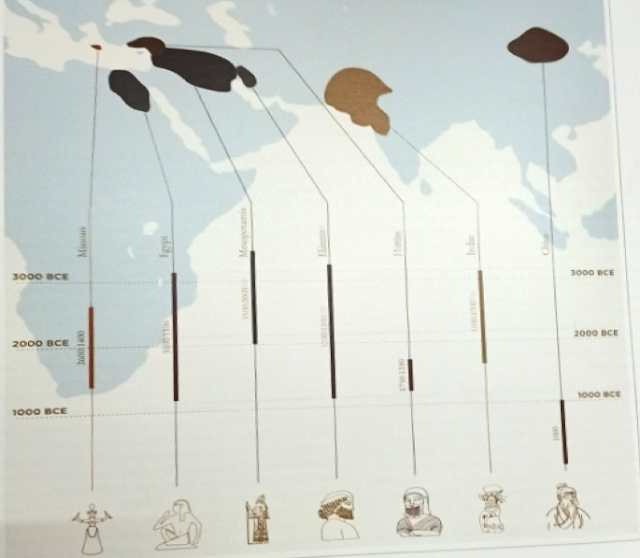 Important timeline in discovery of IVC was briefed. Charles mason was first to describe ruins of Harappa in his book as early as 1842. Archaeological Survey of India (ASI) was instituted in 1861 with British army engineer and surveyor Alexander Cunningham. The first Harappan seal discovered by major Clarke before 1872, was reported by Alexander Cunningham with an erroneous conclusion that it was foreign to India.

Sir John Marshall whose period at ASI (1902 -1928 ) is considered to be institutions golden age. Many seals, artifacts, Pottery, Hakes, chest knives were unearthed. This discovery gave new timeline to cultural past of India. Prior to unearthing IVC, the genesis of anything could even remotely resemble an aspect of culture and civilization in Indian context was always linked to vedic age. This discovery pushed origin of ancient Indian civilization far back from vedic civilization dated to be 1500 BCE.

Detailed geography of IVC was provided which covers area of 1.5 million sq. km. spreading in India, Pakistan, Afghanistan and Iran. 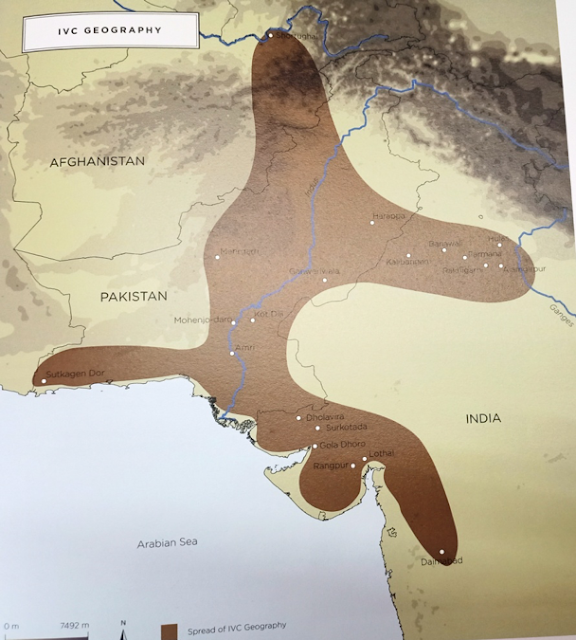 The streets of the cities ran from east to west and from north to south, without much deviation. Most of the houses in Mohenjo-daro were built with well burnt bricks. The Great bath of Mohenjo-daro with a very good drainage system is another example of the proficiency of the Indus valley people. The concept of dichotomous layouts in terms of citadel and lower town stands out as one of the most prominent and defining features of the Indus cities. 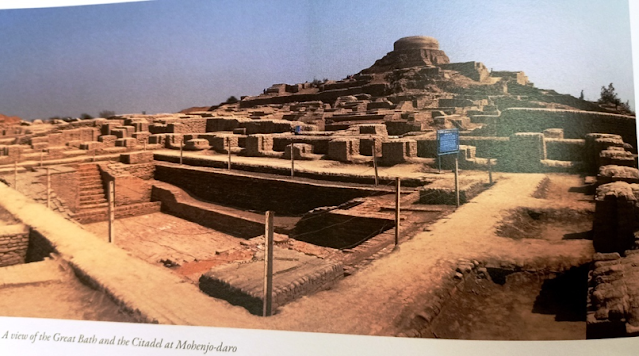 6. The Great bath of Mohenjo-daro

The economic wealth of the Indus people is well reflected in large number of weights and measures found in the excavations carried out. Indus valley appears to have been great trading centre with internal and external trade. For inland trade land routes and bull carts were used and for external trade boats and sea routes were used. Textile , food items, copper and bronze, tin, wood like deodar,teak ,tamarind and bamboo, pigments, gold ivory, shell, pearls and many items were traded.

From excavation conducted at various centres number of seals made of paste, stone and steatite of various colours were unearthed. In most of seals we can see figures of animals such as bull, unicorn, elephant ,antelope, bison, rhinoceros, tiger and figures of lion,horses and cows are conspicuously absent from these seals.The script on the seals are yet to be deciphered.

People of Indus valley seem to have well versed in the field of agriculture and appear to have cultivated wheat, barley, rice, peas,s esame ,mustard cotton, dates ,palm. They seem to have domesticated animal such as humped bull, buffalo, sheep, pig and dog.

The Indus people introduced new techniques in metallurgy to produce copper, bronze,lead and tin,thus heralding the bronze age in the Indian subcontinent.

The craftsmanship in field of painting, pottery and metallurgy is evident in the terracotta figures, sculptures, earthenware ,bronze statues, copper and bronze utensils that were unearthed in the various Indus sites. The Indus people’s proficiency in the field of metal art is well exhibited in a little bronze statue of a girl 5.5 inches tall crafted using the lost wax process. 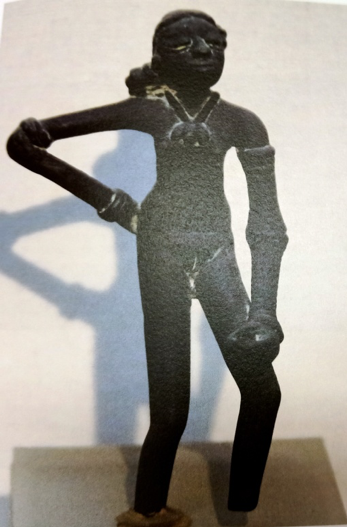 7. Dancing girl statuette made of bronze

The people of the Indus Valley Civilization also had a remarkable ability and proficiency in the fields of pottery and paintings.  Apart from earthenware, a large number of utensils made of copper or bronze have also been found in the sites of the Indus Valley. Several kilns were discovered all over the IVC, which produced pottery both on a small scale and for mass production.  There is a evidence to prove the pottery making in the IVC was a family operated craft. Pottery was also used for ritualistic purposes susch as burial urns, a very important civilizational element found in different locations.

Many archaeological findings were probably related to the ritual aspects of the IVC people.  However, no formal temples have been found anywhere in the large geographic spread of the IVC. Female figurines portraying a mother carrying a small infant is a theme associated with fertility and procreation.  The principal deity of the Indus people is believed to be the Mother Goddess.

Origin of Indus civilization has been a matter of specialization ever since its discovery. Language of Indus people is unknown as the Indus script remains undeciphered.

The absence of information about IVC of historical records of ancient India including the vedic texts has added to mystery of this civilization.

Theories regarding probable cause and circumstances that led to decline and demise of Indus civilization.  The role played by Aryans in the decline of the civilization. Mortimer Wheeler was one of the first to articulate the idea of the Aryan invasion theory, which holds the Vedic Aryans responsible for the destruction of Indus cities, in addition to possible climatic, economic and political deterioration.

Role of natural calamities and environmental causes were briefed.  Other assumptions for decline of IVC are economic meltdown and socio cultural flaw.

Chapter 4 - Dravidian theories  for the IVC

The idea of Dravidian origins emerged as a possibility as soon as the discovery of the civilization came to light, From the days of John Marshall to this date. Various scholars of diverse disciplines (suniti kumar chatterji, Piero meriggi, Henery Heras, Yuri Knorozov, Kamil Zvelebil, Iravatham Mahadevan, Frank Southworth, David McAlpin, Walter Fairservis and Asko Parpola ) have added value to this hypothesis.  These scholars have advanced linguistic, archeological and onomastic evidence that could add strength to the arguments in favour of the probable Dravidian authorship of the IVC. 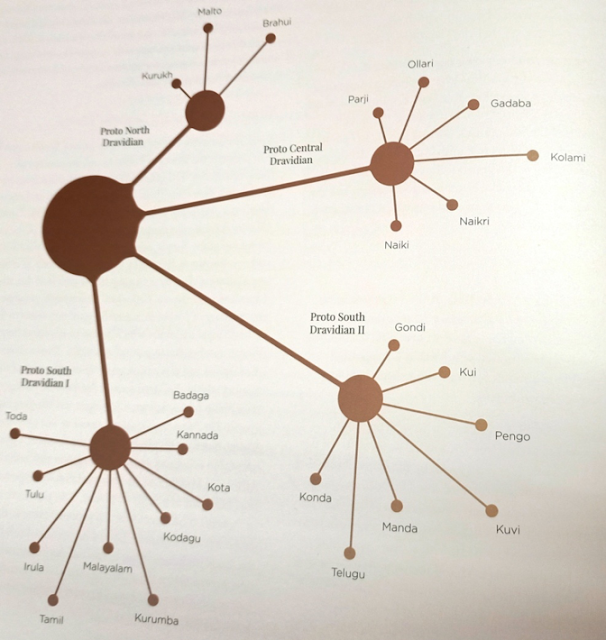 After reading John Marshall’s report, Heras questioned how the so –called savages of pre –Aryan age created such a wonderful civilization.  He considered the evidence that the invading Aryans found an already highly developed culture, the main representatives of which were the Dravidians who were still predominant in Southern India.  Father Heras identified the existence of numerous Dravidian tribes in Northern India throughout history, a fact acknowledged by all historians.  Some of these tribes were still found along the Indus by Alexander the Great in the 4th century BCE.  Some tribes like Matsyas,  under their original Dravidian name Minas, still survive in Rajasthan.

Mahadevan on Dravidian Authorship of the IVC:

Mahadevan has presented substantial linguistic evidence to establish the Dravidian authorship of the IVC, which includes :

Dravidian loanwords and loan translations in the Rig Veda.

Switching from inflexion to post-fixation

Further, he has studied how the religion of the IVC, as revealed by the Indus seals, was influenced by the customs of the pre-Aryan aboriginal peoples of India.

In summary, this book elucidates numerous place name evidence  uncovered by author in the context of Sangam Literature, Anthroponymy and tamil epigraphy to build convincing case for the Dravidian authorship of the Indus civilization.